The holiday-delayed Commitments of Traders (COT) report published a short while ago, for positions held as of Dec 21, was, in a word, great. After four straight reporting weeks in which gold and silver prices got crushed to the tune of roughly $100 in gold and $4 in silver (Boo!), but over which time there was a net positioning improvement of 58,000 contracts in gold and 30,000 contracts in silver (Yea!) – this week’s results were highly welcomed as there was very little relative net positioning change (deterioration) on a pretty decent bounce in prices of as much as $40 in gold and 80 cents in silver at the reporting intra-week highs.

Last Wednesday, I opined that there was likely heavy additional managed money shorting in both gold and silver on the first day of the reporting week as new price lows were established, quickly followed by just as heavy managed money short covering the next day (after the Fed announcement) – with the net effect of not much real change in today’s report. Now, I’m more convinced that is what occurred. In other words, the extremely bullish market structures in COMEX gold and silver are still intact.

In COMEX gold futures, the commercials did increase their total net short position by 4600 contracts to 236,000 contracts, but I was relieved that it was almost exclusively a raptor (smaller commercial) affair as these traders sold 4400 contracts, flipping what was an 800-contract net long position into a 3600-contract net short position. The 4 big commercial shorts added 200 new shorts and hold 136,230 short contracts (13.6 million oz). The big 5 thru 8 gold shorts stood pat and the big 8 short position was 232,393 short contracts (23.2 million oz). These were among the smallest big 4 and big 8 weekly changes in memory.

On the buy side of gold, the managed money traders did buy 8331 net contracts, consisting of new longs of 2628 contracts and the buyback and covering of 5703 short contracts. Considering that the price of gold popped back above all its key moving averages over the course of the reporting week, I was afraid there might have been even greater short covering. Accounting for the mismatch between managed money buying and commercial selling was close to 5000 contracts of net selling by the other large reporting traders, mostly in the form of long liquidation. Despite this long liquidation, the concentrated long position of the 4 largest traders actually increased slightly – meaning the gold whale stood pat. I don’t see this trader getting shaken out any time soon, and remain amazed no one else seems to have picked this up.

I (we) may still be set for disappointment if, as and when the big commercial shorts add aggressively to short positions as silver rallies further, but that is far from guaranteed. One day at a time and the COT report today was every bit as good as I had hoped (and expected), so I’ll save the crying towel if, as and when it is required. It certainly isn’t needed today. 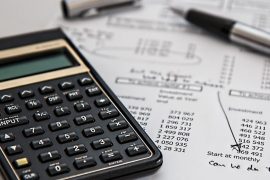