Longtime readers are undoubtedly familiar with the strange-sounding term coined by Israel Friedman many years ago to describe the silver market scenario in which the big commercial shorts miscalculated and were forced, for the very first time, to buy back and cover large short positions, causing prices to explode. “Full pants down” was the term Izzy used whenever the COMEX silver market structure became extremely bearish; that is, whenever the commercials held a historically-large net short position. Izzy’s term was the precursor to similar terms, such as a commercial signal failure, which envisioned the commercials losing control at the worst possible time for them; like a hurricane hitting at high tide and a full moon.

It was one of the few things Izzy and I ever challenged each other on. I tended to grow leery whenever the commercials loaded up on the short side, bracing for an eventual manipulated selloff (although, unfortunately, not leery enough at the recent market tops in April and the beginning of June). Izzy always expected the commercials to get overrun at such times. That the commercials have yet to panic and rush to cover when they were holding excessive silver short positions notwithstanding, I always tried to make it clear that Izzy’s premise was quite possible and that I would dance a jig should it occur. However, to date there has been no commercial short overrun.

Of course, we are not in a full pants down situation presently and, in fact, are in the exact opposite circumstance. As just mentioned, the last true full pants down setup occurred in April, when the total commercial net short position hit an all-time large and bearish extreme in COMEX silver futures, as did the concentrated short position. What is truly fascinating (and alarming) was that the key commercial short metrics hit their record extremes following a $2.50 silver rally from yearend and ending at only $18.50. Never before had the commercials sold so aggressively into any previous rally (nor had the technical funds bought so aggressively).

Had the commercials panicked at that point, back around April 18, and were forced to buy back short positions, it is axiomatic that the price of silver would have exploded. However, instead of getting their pants pulled down, the commercials, led by JPMorgan, began to induce technical fund selling through a series of price rigging and spoofing games that turned out to become the most successful completed wash, spin, rinse cycle in memory, in terms of the number of technical fund contracts the commercials tricked into being sold on lower prices.

From the price top in mid-April to the interim bottom in mid-May, the managed money technical funds were induced into selling 80,000 net contracts of COMEX silver futures, or the equivalent of 400 million ounces. This caused prices to fall $2.50 to $16. From there, the technical funds bought 30,000 net contracts, driving silver prices to $17.70 by the beginning of June. From there, the commercials went all-out in inducing technical fund selling by spoofing and rigging prices down to the low $15 level (on Monday). Once again, the commercials prevailed handily, as this leg down in price succeeded in inducing the technical funds to sell nearly 50,000 contracts thru the COT report of July 3 and undoubtedly more thru yesterday’s reporting week cutoff.

All told, from the price top in April until now, the technical funds have sold more than 100,000 net contracts of COMEX silver futures, the equivalent of 500 million ounces. In addition, the technical funds got snookered on at least 30,000 contracts they “traded” in between. I hope I don’t need to remind everyone just how large an amount of silver is 500 million oz. I know these are paper ounces, not physical ounces, but paper positioning is what sets the price. Besides, it’s not possible for 500 million oz of real silver to have changed hands in less than three months.

You’ll note that I am quantifying the positioning changes on the COMEX in terms of net technical fund contracts sold and not in terms of money lost by the technical funds (and made by the commercials and others). There’s a reason for that, namely, in money terms it’s not as dramatic. You’ll recall that at this time last year, I kept a running score of dollars made and lost by the commercials and technical funds in the large price run up in gold and silver and subsequent collapse. As I recall, there was a multi-billion dollar swing on the gold and silver money scoreboard back then, with more of the dollar change being associated with gold, due to extreme gold positioning and price change last year. This year, it’s more a case of larger relative positioning changes in silver and not so much in silver price change.

In other words, the extreme positioning changes in silver this year stand out much more than the price changes. A two or three dollar price change in silver is nowhere near the full significance of a 500 million oz change in three months. I doubt the commercials made much more than 50 cents to a dollar on the 500 million oz of net selling by the technical funds since April – or $250 million to $500 million for all commercials combined. That’s not chump change, to be sure, but what stands out most to me is that the positioning is out of proportion with the small relative price change that accompanied the record positioning.

Best I can tell, these extreme positioning changes are the perfect setup for the coming price blastoff. More than any other single factor, it was the extreme positioning change into May 16 that led to my “Expecting the Unexpected” silver price explosion at that time. After a brief rally into June 6, we are now back to an even more explosive setup than existed in May. Without looking it up, I seem to remember acknowledging (as I usually do) Izzy’s full pants down premise at the April top and even though I didn’t adjust personal holdings, I was fully aware of what usually turns out when the commercials are mega-short. But that was then and just like it was in mid-May and even more so today – this is now. This is no full pants down setup, just the opposite.

As was the case on April 18 and is even truer today, the 800 lb. gorilla in the room is JPMorgan’s massive physical silver holding. I use the figure of 600 million oz to quantify the bank’s holdings, but since JPM has added to its physical holdings over the past three months (which include the growth in its COMEX warehouse inventories and conversions from SLV, among other sources), it is elementary to conclude that JPM holds more silver today than it did three months ago; perhaps enough for me to soon raise my estimate of 600 million oz northward.

Even with a 34,000 contract short position on April 18 (the equivalent of 170 million oz), JPMorgan would have laughed all the way to the bank (Wait – it is the bank). After all, a 600 million oz actual metal long position minus a 170 million oz paper short position still leaves the bank 430 million oz net long. That’s four times larger than either the Hunt Bros. or Berkshire Hathaway’s formerly largest silver holdings. Because of this massive physical long position, JPMorgan was always good to go in the event of a real surge in the price of silver. It’s just that JPM is much better to go now than it was three months ago.

In addition to picking $100 million from the pockets of the technical funds over the past three months in COMEX paper dealings, it is the short covering of as many as 24,000 contracts since April 18 that is the biggest potential boon to the bank. This buyback of  the equivalent of 120 million oz would knock JPM’s paper short position down to as little as 50 million oz, mathematically increasing its total net long position to 550 million oz, the largest true net long position ever held by the bank. And this doesn’t factor in the certain increase in physical holdings over the past three months. If anyone is having trouble understanding that this is the best positioned JPMorgan has ever been for a price explosion in silver, please let me hear from you.

Admittedly, there has been nothing but a series of occasions over the past six years or so, when JPMorgan began accumulating physical silver, where it had hit a succession of points where it was more favorably exposed to a price explosion in silver than it or anyone else had ever been. On all those prior occasions, not only didn’t the price explode, but it continued to wallow along stupid cheap price levels. Considering the history of past silver accumulations, I suppose it would have been reasonable to think that JPM would have let the price rip when it was net long 100 million oz (as were the Hunt Bros and Warren Buffett) and if not then, than surely as it hit the 200, 300, 400 or 500 million oz level. Like Christmas, maybe we’re still a long way off from JPMorgan deciding it holds enough silver and they’re not saying.

This is where I factor in the very recent and very extreme positioning changes on the COMEX and how I can narrow the outcome of the coming price rally as being solely dependent on whether JPMorgan and a few other big commercials add to short positions. If they do add to short positions, the resultant silver price rally should prove similar to recent rallies, namely, not much in price, but monumental in extreme positioning changes, as JPMorgan’s short position grows again. No new short selling by JPMorgan and the price of silver should fly.

But there are other factors that may play into the only question that matters, namely, will JPM add to shorts or not. Among those factors are the widespread and growing attention to the extreme COMEX positioning changes and otherwise unexplainable and weird price action in silver, which can only be explained by COMEX positioning. Throw in the wildcard of the new Enforcement Director at the CFTC, James McDonald, and the game’s outcome goes beyond interesting.

As far as I’m concerned, we’re on the verge of discovering if McDonald will go down as perhaps the regulatory hero of all time or if we’ll be calling for his head on a spike. Again, it all comes down to whether JPMorgan adds or doesn’t add to its silver short positions whenever the next price rally commences. I can’t get more specific than that.

As far as what Friday’s COT report will indicate, the dramatic downside price action and extremely high trading volume point to yet another week of significant improvement – big commercial buying and managed money selling. This is also supported by an increase in total open interest in the reporting week (4000 contracts in silver and 18,000 in gold). We may even see improvements on the scale of last week’s report, but regardless of whatever the actual reported numbers may be, it sure feels to me that we’re at or passed the point of a downside climax, particularly in terms of extreme contract positioning. Full and maximum exposure is warranted, particularly in silver.

It has now been a week or so since the site upgrade. I hope everyone knows I’m a technology Luddite who has dreaded and delayed the change. The old site was out of date. I think we’re slowly working at the glitches, but if anyone is still experiencing problems, please let me hear from you at info@butlerresearch.com or fasttedb@aol.com 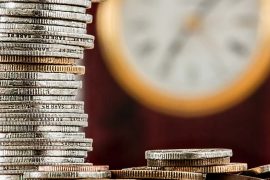